The Speedo FastSkin3 is being launched at the beginning of December 2011.
There is a lot of hype surrounding the release of this new suit and we can only hope that it doesn’t disappoint.
It is also probably the suit that many athletes will be using at the 2012 olympics, including Michael Phelps, Ryan Lochte, Rebecca Soni and the rest of the American and Australian Swim teams.
Posted by Garth at 07:48 No comments:

James Magnussen was relatively unknown on the international swimming scene until he suddenly appeared at the 2011 World Champs in Shanghai and won gold medals in 100 free individual even as well as the relay.

He started off by swimming an insanely fast first leg of the mens’ 4x100m freestyle relay, which Australia eventually won. He went out blisteringly fast and made everyone, including Phelps, look fairly silly. Everyone except for South Africa’s Graeme Moore who went out with Magnussen and touched in second.

Magnussen, at the mere age of 20, qualified first for the finals in a time of 47.90 and then continued his winning form and finished in a time of 47.63 to take the gold medal. Brent Hayden (CAN) followed in second with a time of 47.95 and William Meynard (FRA) was third, coming in on 48.00 and was just able to nudge Cesar Cielo Filho (BRA) out of medal contention by 0.01 seconds.

Despite Australia’s long history of dominant swimmers, this was the first time an Australian had been crowned as the 100m freestyle World Champ.

This is definitely one to look out for at London 2012. 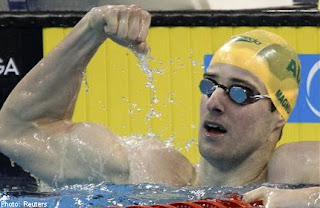 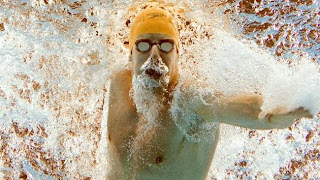 The FINA/Arena World Cup is a competition which consists of a series of meets in various of locations around the world. The first meet, which was this weekend (7-8 Oct) was held in Dubai (UAE) and from there it moves to Stockholm (SWE) then to Moscow (RUS), Berlin (GER), Singapore (SIN), Beijing (CHN) and finally to Tokyo (JPN). Swimmers accumulate points for each performance and at the end of the series, the swimmer with the most points takes home a fairly large sum of cash.

At the moment Chad Le Clos (RSA) is sitting on top of the table with 25 points and is 5 points clear of Marco Koch (GER) who is currently second in the rankings.

Chad had an impressive meet and took home 3 golds on the first day for the 100 & 400 IM and 200 fly and then backed up this performance by winning 3 golds on the following day. Like a boss. 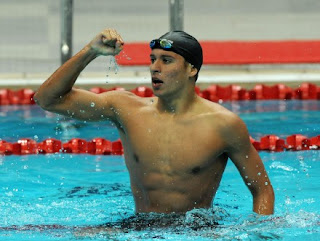