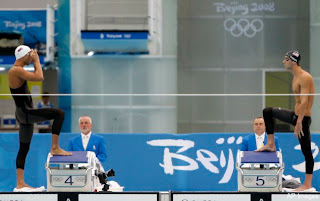 The mens' 100m Fly of the 2008 beijing olympics will always be remembered for two particular reasons; the hype building up to the event and the spectacular way in which it ended.
Milorad Cavic was all talk going into the event, trash talking back and forth had become common place between the two athletes and the amount of tension and hype building up to that single event was unquantifiable. 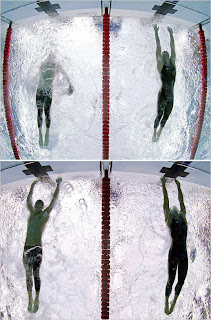 Secondly the manner in which the race ended was almost unimaginable, Cavic went out blisteringly quick and it looked as if he had the victory in the bag up until the final few centimeters where Phelps seemed to defy what was humanly possible and managed to snatch the win right out of Milorad’s clutches.
The end result was a motivating story for aspiring swimmers and a race that will be remembered for years to come. 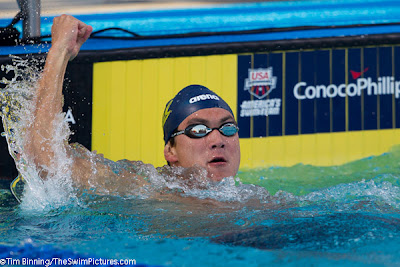 After 31 long years the University of California Berkeley managed to hold off last years champions, Texas, to win the NCAA division I swimming & diving championship.
Nathan Adrian lead the charge for Cal, winning both the 100 & 50 yard freestyle and setting a new American record of 18.66s. 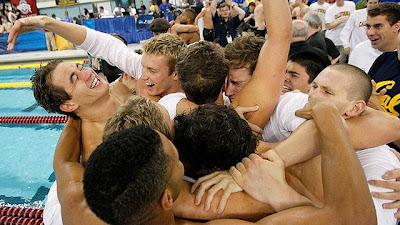